Since the beginning of modern era, sports have been a “work safe” topic of discussion around the proverbial water cooler.  Co-workers from all walks of life can congregate and discuss their perspective on last night’s dramatic win. Due to the popularity of football, it was inevitable that our human nature would take basic statistics and convert them into a competition against each other or a gambling institution.

Origin
Some people claim the origin of fantasy sports began with their great-grandpa clipping newspapers and using an abacus to tally points while walking uphill barefoot to school in the snow. However, the first case of an organized group came out of Oakland, CA in 1962. Fast forward 4 and a half decades later, and you are looking at a franchise that has become a part of the very fabric in our society. Fantasy football is so popular they even made a successful cable sitcom based around a group of middle-aged friends playing fantasy football together!

So there is a bit of background information. Now is about the time you ask yourself, “When is he going to start talk about how this effects me and my business?” Now.

Today
The popularity of fantasy sports (with American football leading the way) have seen healthy growth, especially over the past 15-20 years.  According to Sports Management Degree Hub, there were over 56 million people playing fantasy sports in the US and Canada in 2015, spending more than $18 BILLION on fantasy football alone! With fantasy football being so prevalent, odds are at least one of your clients is a fan. So my question really is “Why hasn’t our industry tapped into this?” The simple answer is, IT ALREADY HAS!!! 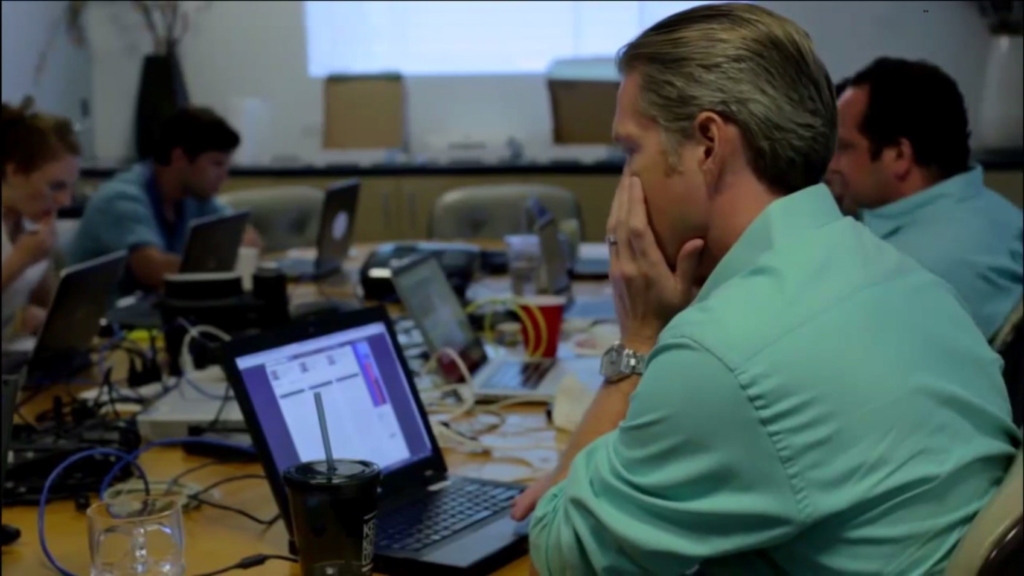 Some of the top performing categories in branded merchandise sales include apparel, writing instruments, bags, drinkware and office accessories. All of these types of items could make great fantasy football giveaways. The potential for branded merchandise in the fantasy football world is virtually unlimited. Having access to everything from budget-friendly items to executive level gifts with million of options in between, the promotional space is an treasure trove of ideas for fantasy league prizes. 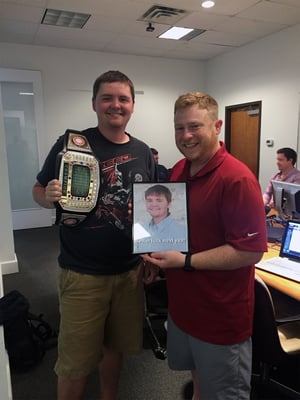 While it is most common to just have a jar full of $20 bills passed around the office and then distributed to the winner, there is a sense of pride to have a physical reminder to pompously display at your desk  to remind your co-workers of your greatness and victory. Trophies (or as is the case here at Boundless, a championship belt featured in the image above) make the most sense. A customized trophy can be a one-off order without minimums and can be customized to your client’s needs. The opportunity for branded merchandise doesn’t have to stop there.

Why not have a giveaway for the losers too? Now before you go and start ordering participation ribbons, let me clarify what I mean. As my first year as the head commissioner of the Boundless Bowl fantasy football work league, I am going to be adding an extra incentive to “not lose”. The participant who finishes in last place in our league at the end of the season will have to display a framed picture of the winner’s Boundless head shot framed on his/her desk until the next season begins or forfeit their first pick next season.

But at the end of the day, the Grand Prize doesn’t have to be some obnoxious desk item good or bad. It can be whatever you want it to be. It can range from a credit to an online store, to a Bluetooth speaker, or even an OGIO backpack.

Fantasy football fans are everywhere and if you aren’t tapping into this market you are missing out. Whether it’s a live draft in the conference room or a March Madness watch party at a local restaurant, there are boundless opportunities for bonding and office morale with co-workers, all while creating brand love moments. 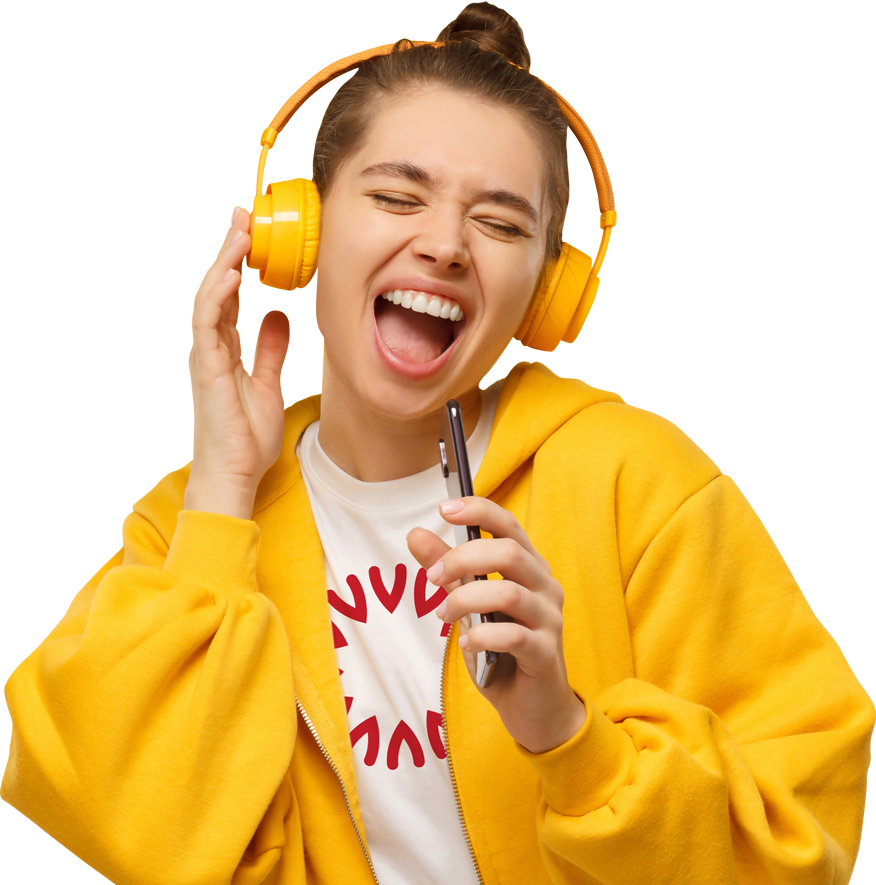 ready to unleash your brand’s potential?