TL;DR: Hoping to make a splash at SXSW, Fox Consumer Products and JORDANAH Inc. joined the Boundless team to create a Kwik-E-Mart experience fans would love. We helped develop a custom Squishee cup that was handed out at the pop-up in the Austin, Texas heat, distributing more than 3,400 over two days. 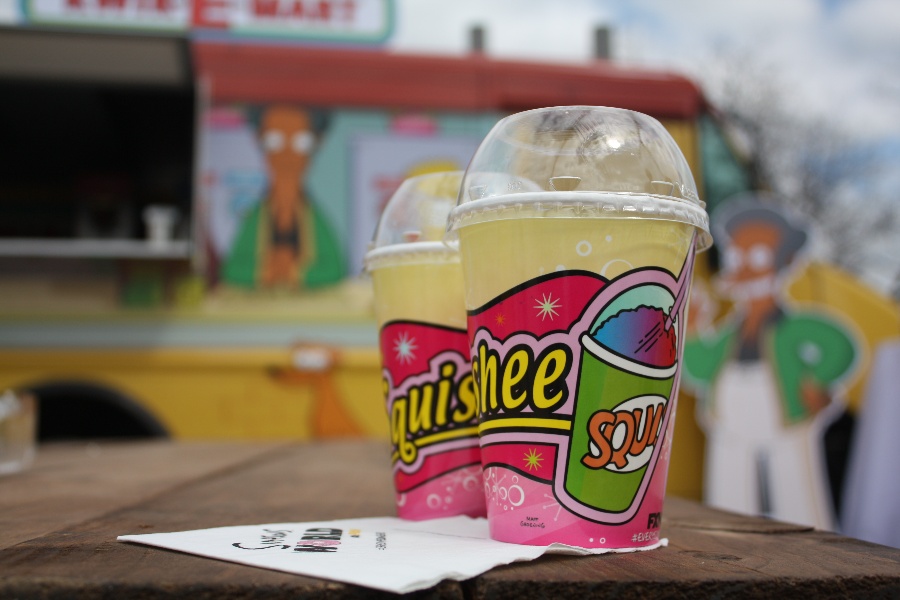 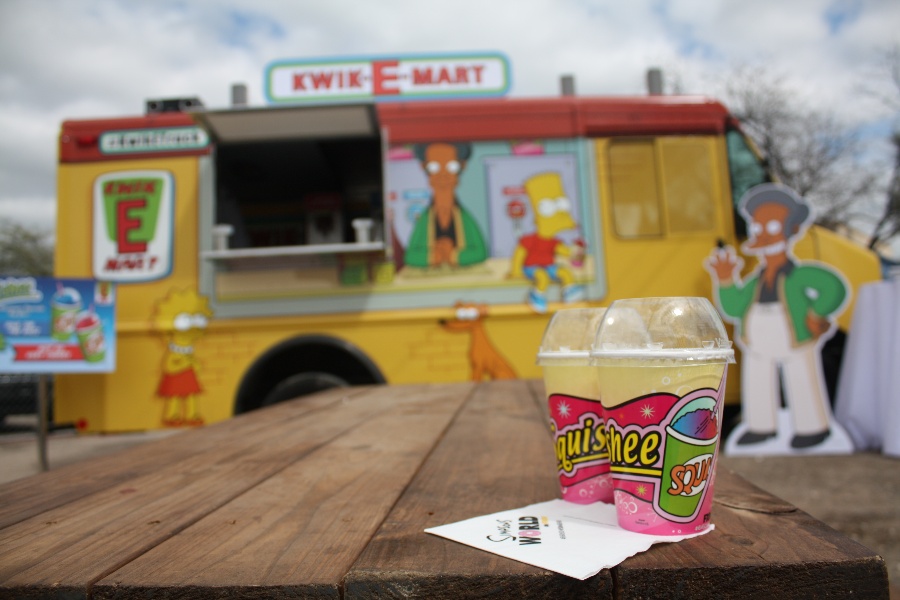 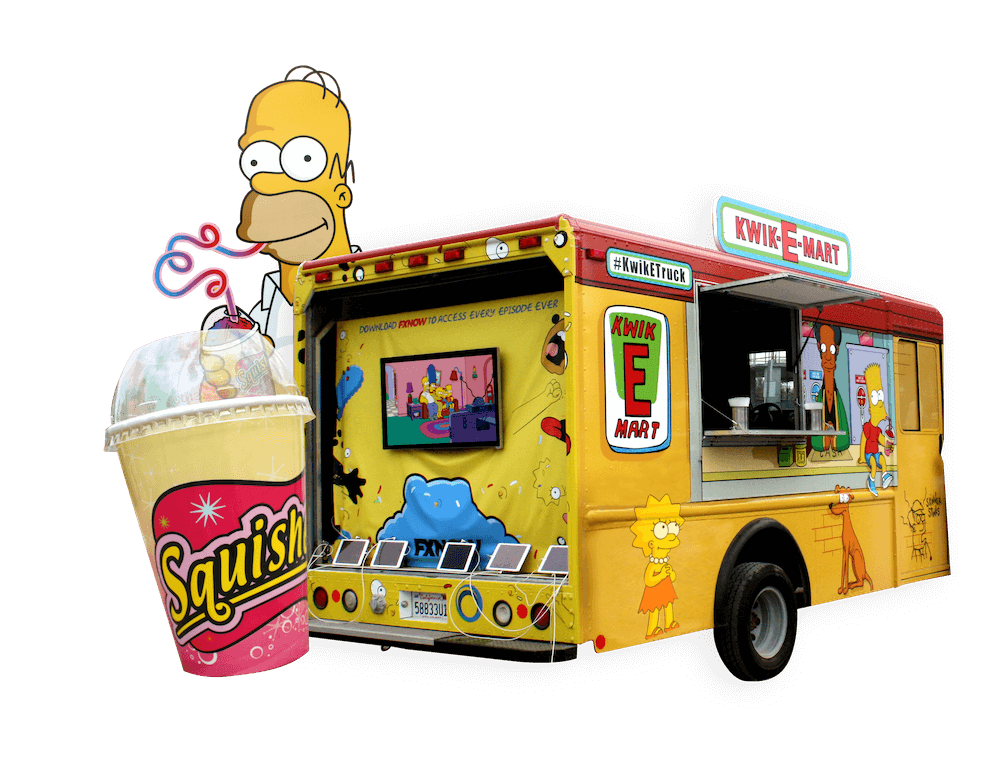 Throughout its history — which dates back to the first festival in 1987 — SXSW has been a pinnacle of creativity and craftsmanship. It has branded itself on its once-in-a-lifetime experiences. So for industries that exhibit at SXSW, the bar is set for excellence. So when Fox Consumer Products and their event marketing agency JORDANAH Inc. joined with Boundless for the Kwik-E-Mart tour, the brands wanted to create an experience that fans of “The Simpsons” couldn’t get anywhere else.

The mobile Kwik-E-Mart tour planned to launch at the SXSW festival. Boundless’ creative experts helped develop custom Squishee cups that were handed out at the pop-up Kwik-E-Mart trailer at SXSW. The vehicle was painted in Simpsons colors and attracted fans with its on-brand and instantly recognizable characters. Anyone who picked up a Squishee cup was encouraged to share their experience with a specialized hashtag: #KwikETruck.

Guests engaged in multiple photo ops and were encouraged to download the new Simpsons World app for an interactive experience at the show. The truck distributed more than 3,400 Squishee cups over two days to excited Simpsons fans, helping to spread awareness and brand love across SXSW.

When it comes to out-of-the-box experiences, SXSW has them all. The competition is fierce to be bigger and better than the year before. Fox also used the opportunity to advertise its app that allowed fans to view every episode of “The Simpsons,” a show whose run has extended more than 30 years.