TL;DR: Carvana shook up the car retail industry with its sales plan that takes the dealer out of buying and selling cars. So, at the annual SXSW festival in Austin, the company created a “Shake it Up” campaign, inviting guests to “shake” a car vending machine. Boundless provided miniature cars in custom packaging that emerged after the machine “shook,” resulting in more than 7,500 giveaways during the fest. 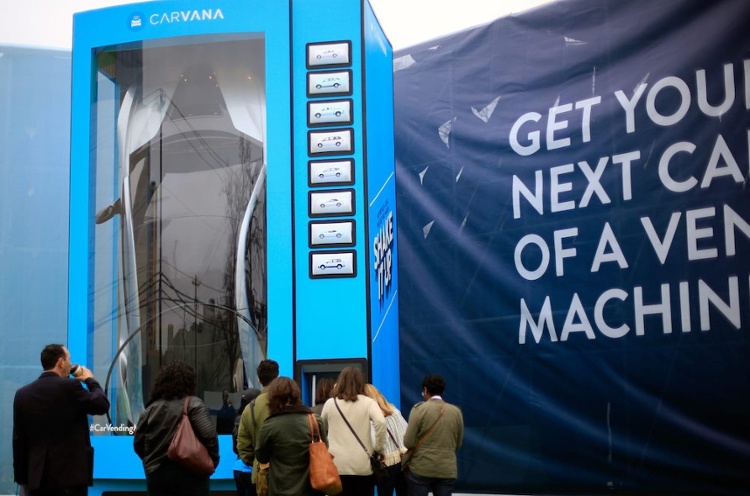 Carvana launched in 2012 and by 2013 had created its first car vending machine. The online retailer sells new and used cars, touting the ease of buying and selling without the dealer fees. With Carvana, customers decide how and when they'll receive their vehicle. Have it delivered right to the driveway or pick it up from one of their car vending machines.

Carvana wanted to build buzz at their exhibit at the SXSW festival in Austin and promote their unique car buying experience with a creative campaign. The resulting exhibit featured a small-scale version of their giant car dispensing vending machines seen along highways in several large cities that dispensed customized miniature cars to guests after they gave the machine a “shake.”

Boundless helped Carvana create the miniature cars in custom packaging that were dispensed and also created the giveaways that were handed out at the booth. The exhibit drew large crowds and generated buzz on social media and among festival-goers.

Over the four-day event, there were 2,111 vending machine sessions and more than 7,500 swag giveaways. The creative campaign even helped Carvana make its way into Shapchat’s SXSW official story.